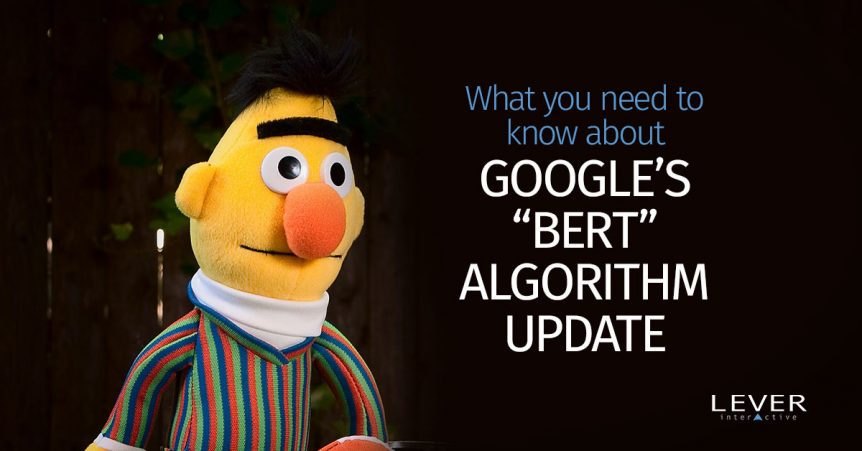 What You Need To Know About Google’s BERT Algorithm Update

Google released the BERT update on October 25th, impacting 1 in 10 queries. This is the biggest change to the algorithm since the introduction of RankBrain in 2015. RankBrain helped Google understand related terms and concepts:

BERT is the next step in artificial intelligence. It helps the algorithm better handle nuances and context, and delivers results that precisely answer searchers’ questions. RankBrain would have matched “stand” to “stand-alone”, but BERT can correctly parse the question:

Google developed BERT to handle the longer and more complicated queries coming out of voice search, but it will impact all searches on all devices. This likely won’t impact short branded or product queries, but it will impact a wide range of long-tail, informational, how-to, and general knowledge queries. BERT does not replace RankBrain; it’s more of an add-on.

The Lever team optimized client sites for RankBrain by adding relevant terms to page content. Unfortunately, Google says there is no way to optimize for BERT. Rather than trying to game the algorithm, Google recommends writing clear, informative content for site users. We recommend focusing on the questions people ask to reach information pages, and answering them as completely as possible.

Have questions or feedback? We’d love to hear from you.